Budapest is the capital of Hungary and one of the most beautiful cities in the world. Divided into Buda & Pest by the Danube River, this extra-ordinary city has much to offer to the world traveller. Herewith some highlights and travel info.

Architecture at night – do not miss a cruise on the Danube at night to see all the beautiful buildings, churches and bridges lit up…truly a magnificent sight

Buda, the hill side & Pest, the flat side, united on 17 November 1873. Budapest has a flourishing economy and is a popular tourist city and is well known for its fashion and Michelin star restaurants

Christmas markets, hearty goulash, mulled wine, pancakes….one needs to experience this at least once in your lifetime

Fishermen’s Bastion – dating back to 1902 and restored after WWII, this neo-Gothic and neo-Romanesque terrace is situated on Castle Hill on the Buda bank. It takes its name from the guild of fishermen responsible for defending the wall during the middle ages.

Gerbeaud Café – one of the oldest and most traditional and famous coffee houses in Europe today. The company was started in 1858, has a rich history and is still a firm favourite to experience today. Around the 1870’s it was possible for the first time for patrons to take away the pies and confectionary, wrapped in a paper tray

Heroes Square – One of the most important squares in Budapest, featuring the 7 Chieftains of the Magyars, other important national leaders and the Tomb of the unknown Soldier, situated on the outbound side of Andrassy Avenue

Hungarian Parliament – situated in Lajos Kossuth Square on the banks of the Danube, still today the largest and tallest building in Budapest. The building, in the Gothic Revival style, was completed in 1904

The Hungarian Forint is the local currency although Euro is also widely accepted. During November 2017, the average rate of exchange was EUR €1 =HUF 300. Budapest is an affordable city, cheaper than their Western Europe counterparts 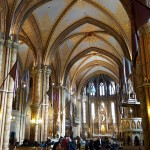 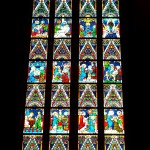 Matthias Church – this Roman Catholic Church dates back to the 11th century, situated next to the Fisherman’s Bastion.

Hungarian State Opera House – on Andrassy Avenue, opened in 1884, built in the neo-Renaissance style. Today, the opera house is home to the Budapest Opera Ball, a society event dating back to 1886. 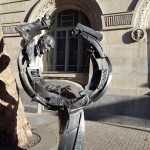 Paprika – very popular in Hungarian cuisine since the 19th century, but did not originate in Hungary but rather in central Mexico. Paprika is a key ingredient in gylyás (goulash), pörkölt (meat stew); halászlé (fisherman’s soup) and paprikas csirke (paprika chicken). Whilst we are on the topic of food, do not miss kürtöskalács (chimney cake – Transylvanian sweet spiral pull-apart bread that is baked rotisserie style outdoors over charcoal), rétes (Hungarian strudel) and palacsinta (crepes with savoury or sweet filling)

Population – The city has a population of approx. 1.800 000 in 2016. Approx 1/3 of the total population of Hungary resides in the Budapest Metropolitan Area

Ruin pubs – still the rage in Budapest in the ruins of abandoned buildings, stores and lots in the old Jewish Quarter…has been around since 2001

Szabo Ervin Library – housed in the 19th century neo-baroque Wenkheim Palace. The library expended to additional buildings and today is 13 000m² and with a capacity of 1 100 000 books.

Segway, exploring the city by Segway is fun and covers a lot of distance with a ½ day tour

St Stephen’s Basilica is the most important church building in Hungary. The same height, 96m, as the Parliament Building and according to current regulations there can not be a taller building in Budapest than 96m

Strudel House, the first Strudel house in Budapest offers demonstrations as to how Strudel is made. The test is that one needs to be able to read the newspaper through the thin layers of studel dough. This is definitely one of those things where practice makes perfect!

Szechenyi Bath – one of the well known natural springs. There are approximately 80 geothermal springs in Budapest and has the world’s largest thermal water cave system. A very popular past time for locals…

Szechenyi Chain Bridge – connecting Buda and Pest, was constructed between 1840-1849 and is the oldest bridge in Budapest. The bridge is 375m long and at the time of its construction, it was regarded as one of the world’s engineering wonders

Last, but not least, Budapest is bidding to host the 2024 Summer Olympics

Budapest is a fabulous destination for leisure travellers as well as corporate incentive groups with a wide variety of attractions to suit any requirement. It has charm, style, history, architecture combined with first class hotels and restaurants and very affordable.

Sincere thanks to Continental Travel DMC in conjunction with U-Cannect, various hotels, restaurants and other service providers for hosting us in Budapest.